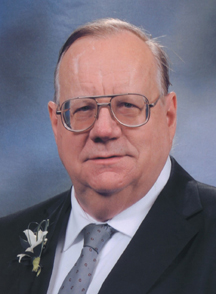 PSPE President 2014-15
“Roll out those lazy, hazy, crazy days of summer
Those days of soda and pretzels and beer”
Ah, the old Nate King Cole favorite… Two things come to mind, one being that if you remember Nate King Cole you’re probably already retired, and secondly it describes very well the typical quiet couple of months of our chapter and state events. While we typically take this pause, planning for the new season is well under way.
I’ve just finished up the “installing officers” tour around the state and was dutifully impressed with the large number of “young” folks (i.e. those that don’t know who Nat King Cole was…) taking leadership positions in our chapters. I spent several years on ABET accreditation teams and invariably while interviewing industrial advisory board members the same comment was made: the graduates were fine technically, but lacked the leadership, interpersonal, and communication skills necessary for a successful career. Indeed, being able to manage people, being able to communicate both verbally and with the written word, and developing leadership skills are vital to the engineering team.
In our businesses we often promote the development of these skill sets with mentoring and gradually expanding responsibility. An important adjunct to these in-house efforts is the role of the professional society that offers opportunities to develop these skills in an environment separate from the paycheck. Indeed, this is one of our greatest membership benefits, particularly for our younger members. We old folks also get to do some hands-on mentoring and gain satisfaction from helping the next generation of problem solvers. Don’t be afraid to suggest joining and becoming active in your professional society to your next generation of engineering leaders, in fact hand them a membership application form…
As my term as your President is winding down and I prepare to pass the gavel on to the very capable Tim Ormiston at our annual conference, I’m again reminded of Nate King Cole’s hit tune:
“Roll out those lazy, hazy, crazy days of summer
You’ll wish that summer could always be here”
But then again, serving as your President has been a fun, rewarding experience that I don’t wish to give up lightly. So, I’m also reminded of General MacArthur’s farewell speech when he said:
“…old soldiers never die; they just fade away.”
Thanks to all for this opportunity to serve and as there still is much to be done; I think I’ll fade away real, real slowly… I might add that I hope to “see you in September” at the conference (yup, that’s another old hit by the Pittsburgh vocal group the Tempos…)