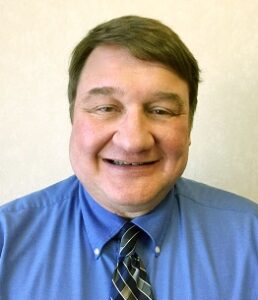 The Pennsylvania Society of Professional Engineers is proud to award Brian L. Schull, PE, PSPE 2020 Engineer of the Year. The PSPE State Engineer of the Year Award publicly recognizes outstanding engineers based on criteria including professional achievements, civic, political, engineering and educational contributions.

Brian is currently Assistant Department Manager in Construction Management with SAI Consulting Engineers in Pittsburgh, PA, where he has been employed for over 30 years.  Brian has both his Bachelor and Master of Science Degrees from the University of Pittsburgh.

Brian has been very active with PSPE and the Pittsburgh Chapter.  He has held many Chapter positions:

Brian has been involved with the Chapter’s Newsletter, MATHCOUNTS, and Awards Committee.  He has received the L.W. Hornfleck Dedicated Service Award and the Silvio Lorenzi President’s Gold Star Award.

Brian is an Eagle Scout (Boy Scouts of America Troop 25), Order of the Arrow, a summer camp counselor and Leader.  Brian has also been involved with both the Rocky Grove Church of God and Rocky Grove High School choral, Orchestral, Choral, and Alumni Bands.